The barriers to critical thinking are numerous and varied. They impede thinking that is clear, reasonable, rational, and accurate.

In this article, we identify the main impediments to critical thinking, define them, and illustrate how they operate in the real world.

Fallacies of reasoning obstruct critical thinking because they invalidate the arguments in which they are committed. The critical thinker must be able to detect the common reasoning fallacies.

Conventional wisdom is a barrier to critical thinking because it encourages us to accept the truth of certain propositions and discourages us from questioning such truths.

Every day, unavoidably, we encounter numerous impediments to our being or becoming critical thinkers. Some of these are inherent human limitations. Others are barriers in our surroundings. Wherever we run into them, these impediments hinder our ability to think clearly, reasonably, rationally, and accurately.

Our inherent limitations (e.g., of memory, sensory perception, outlook) hinder us from seeing and understanding things clearly, objectively, and reliably.

Distorted perceptions of events and issues affect our judgment and understanding of them.

Flawed logic invalidates the reasoning that relies upon it.

Societal influences can lead us to preconceptions and discourage us from thinking and acting independently.

Our own minds can construct impediments that prevent us from thinking rationally.

Let’s take a closer look at the common barriers to critical thinking. Click on each of the barriers listed below for more detailed explanations and examples. As you consider these examples, see if you can think of additional examples from your own experiences.

When we make a claim based on flawed reasoning, we commit a fallacy. In Asking the Right Questions, M. Neil Browne and Stuart Keeley refer to fallacies as reasoning “tricks.” They cite 3 common ones:

The term “tricks” implies that these fallacies are committed on purpose, with intent to deceive or mislead. However, in reality, many – if not most—fallacies are perpetrated without deliberate intent. Often they stem from careless or sloppy thinking.

Intentional or not, fallacious reasoning in all cases impedes critical thinking because it builds arguments on a faulty foundation. It asks us to accept conclusions based on flawed premises. To be able to identify fallacies in others’ arguments, and to avoid them in one’s own arguments, is an essential skill for the critical thinker.

Fallacies of reasoning take many forms. Indeed, they are too numerous and varied to inventory here. Among them, however, are ones that rank as more common. These are fallacies that show up most prevalently in arguments of the sort we encounter. In some cases, the names for them (begging the question, red herring, slippery slope) are part of our general lexicon, and we recognize them even if we aren’t sure exactly what they mean.

Below is a catalog of some of the most common reasoning fallacies.

Dismissing an argument by attacking the person who offers it rather than by refuting its reasoning.

To justify support for a position by citing an esteemed or well-known figure who supports it. An appeal to authority does not address the merit of the position.

Citing majority sentiment or popular opinion as the reason for supporting a claim. It assumes that any position favored by the larger crowd must be true or worthy.

Assuming only two alternatives when, in reality, there are more than two. It implies that one of two outcomes is inevitable – either x or y.

Drawing an invalid comparison between things for the purpose of either supporting or refuting some position. A faulty analogy suggests that because two things are alike in some respect, they must be alike in other respects.

Inferring a general proposition about something based on too small a sample or an unrepresentative sample.

Introducing an irrelevant point or topic to divert attention from the issue at hand. It is a tactic for confusing the point under debate.

Asserting that a solution is not worth adopting because it does not fix the problem completely.

To suggest that a step or action, once taken, will lead inevitably to similar steps or actions with presumably undesirable consequences. The fallacy is invoked to justify not taking whatever initial step or action, lest it lead us down the “slippery slope.”

Distorting or exaggerating an opponent’s argument so that it might be more easily attacked.

Defending or justifying our wrong position or conduct by pointing to a similar wrong done by someone else.

Knowing the names of these common fallacies benefits us because they are the widely accepted short-hand for forms of faulty reasoning. What’s most important to us as critical thinkers, however, is not to memorize a list of common reasoning fallacies. It is, rather, to grasp what makes reasoning fallacious and to be able to spot it in arguments.

To avoid being victimized by fallacious reasoning, we first must be able to detect it. How do we tell when a fallacy is at play in an argument? We don’t, unless we have a keen understanding of faulty reasoning – what makes it fallacious (why is this not sound reasoning?) and how it operates on us (by what means is it trying to get us to accept the conclusion?). Such understanding comes through the hard work of thinking about fallacies and learning the mechanisms by which they function.

Spotting fallacies begins with evaluating arguments critically. Are their conclusions supported by their premises? If not, why not? Our starting point should be locating and assessing the assumptions in an argument. What does the argument assume (i.e., ask us to accept as a given)? Faulty assumptions are very often at the root of fallacy. The faultier an assumption is, the less valid the reasoning.

In Asking the Right Questions, M. Neil Browne and Stuart Keeley suggest a series of thinking steps to follow to spot fallacies in an argument.

1- Identify the conclusion and the reasons given to support it.

2- Consider reasons you think are relevant to the conclusion; then contrast your reasons with the reasons presented in the argument. How do they match up?

3- Identify any necessary assumption in the argument by asking yourself two questions:

What must I believe for the assumption to be acceptable?

What must I believe for the assumption to logically support the conclusion?

4- Ask yourself, “Do these assumptions make sense?” An obviously false assumption is a red flag for fallacious reasoning.

5- Look for language that might distract you from relevant reasoning by strongly appealing to your emotions.

Conventional wisdom describes thinking or explanations which we all generally embrace as true.

Watch the following video to learn more about the complexities of conventional wisdom.

Challenges threaten those who hold most dearly to conventional wisdom. If we hope to see our critical thinking translate into positive action, we need to recognize that a bold assault on conventional wisdom is likely to drive its defenders to dig in their heels. When this happens, our ability to move our company or organization beyond conventional wisdom is impaired. Our effectiveness, then, may well hinge on the following factors:

Another obstacle to critical thinking is the phenomenon known as Not Invented Here. This term describes a corporate or institutional culture that avoids using knowledge or adopting solutions because they were not developed by the corporation or institution itself.

The culture does so intentionally or not. In some cases, Not Invented Here results from simple ignorance. For example, a company might simply fail to do the research to determine whether a solution already exists for a problem it is working on. But in many instances, an organization deliberately rejects a known solution, for various misguided reasons:

The consequence of Not Invented Here is time and effort spent needlessly in pursuit of a solution when a suitable solution already exists.

Recommended for you: What is Critical Thinking? , Systematic Problem Solving 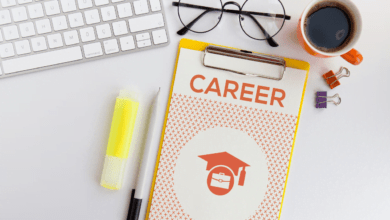 Finding Purpose in Your Career 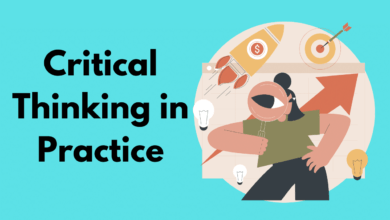 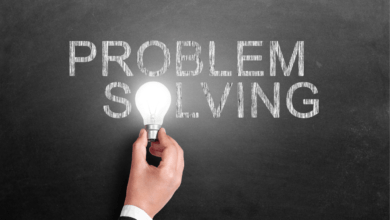 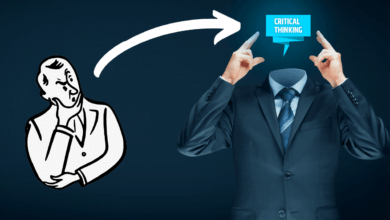 What is Critical Thinking?